2017’s Top Food Trends That We All Enjoyed 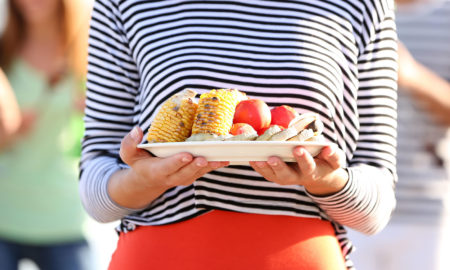 Your Guide to The Best Vegan Meat Alternatives

It’s hard to believe that 2017 is almost over. Food wise, it was definitely a significant year. More and more people embraced veganism and smoothie bowls took over from avocado toast. Here are some of the other food trends that we loved in 2017.

With vegetables no longer consigned to a side order, we’ve seen an exponential rise in vegetarian and vegan cooking. The increase in the consumption of sea vegetables is an offshoot of this. Different types of seaweed are being used to add a briny tang to dishes and even as a salt substitute. Seaweed-based products such as nori are now easily found in the aisles of supermarkets. While nori is traditionally used in sushi, people have started getting inventive and adding it to salads and rice bowls.

The war on food waste is gaining traction, and many leading chefs are on board with this trend. People have become more aware of the environmental impact of waste and are embracing it wholeheartedly. Companies are manufacturing everything from preserves to liquors from rejected produce. You can do your part by cooking with leftover ingredients and cutting down on personal food waste. This is one tasty food trend that is doing a lot of good.

Turmeric is a member of the ginger family and is well known for its anti-inflammatory properties. “Golden milk” drinks, which contain turmeric as a primary ingredient, have become increasingly popular in 2017.
While turmeric has been used for centuries in South Asian cooking, it is now also being added to soups and vinaigrettes. It is also much easier to get hold of fresh turmeric root rather than using the dried powder.

Eating an excess of white, refined sugar can be problematic for many reasons. Leading brands are coming out with foods that feature healthier alternatives, like date sugar and coconut sugar. These have their own unique flavor profiles and taste great in everything from coffee to dessert. But with any type of sugar, moderation is key and too much isn’t good for your health or waistline.

The Rise of Japanese Cuisine

2017 saw an explosion in the popularity of Japanese food, beyond sushi and ramen. Japanese-inspired eating has gone from niche to mainstream. Previously, ingredients like miso, ponzu, sesame oil, mirin, plum vinegar, and Japanese pickles were only used in restaurants. However, now they are also found in the refrigerators and pantries of enthusiastic home cooks.

What food trends inspired you this year? Tag us on your social media accounts with your favorite food photo!

Is It Vegan? Your Go-To Ingredient Guide 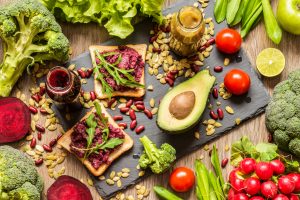