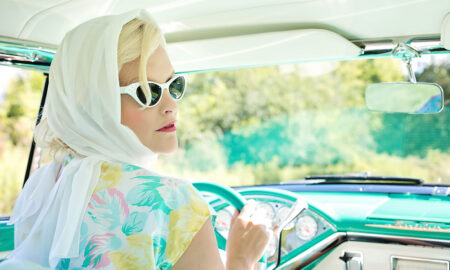 How to Achieve Success in the Entertainment Industry Despite Constant Rejection 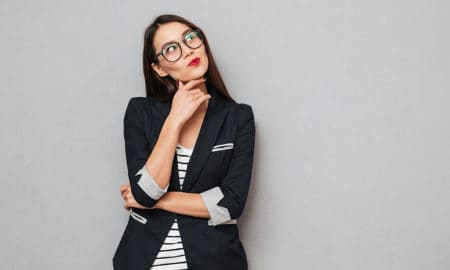 Disneyland’s best-kept secret is someplace most of us have never even heard of. In fact, you have probably passed by the non-descript door many times while visiting the Magic Kingdom and never even knew it was there. In New Orleans Square, next door to Pirates of the Caribbean, is the entrance to one of the most exclusive clubs in the world, Club 33.

Located at 33 Royal Street, Club 33’s front door does not attract attention. This is intentional. A plain green door with the number “33” on it is all that you see while walking by. Most tourists pass without even noticing it. However, behind this door is a 5 star, members only dining club that currently has a waiting list of at least 14 years to join.

General Electric, Hallmark Cards, and other companies that have helped to finance various attractions throughout the park. Corporate members must pay an initiation fee of $40,000.00 to join and individual members pay $27,000.00. Then the annual membership fee is $12,000.00. This does not include the cost of your meal and alcohol when you visit the club. The current membership stands at 487, but could increase to 500.

Presidents of the United States, foreign dignitaries, actors, and business leaders have all had the pleasure of dining at Club 33.

You must be a member or invited by a member to dine at this exclusive club. An invitation also includes free entrance to both Disneyland and California Adventure for the day. And a formal dress code for dining is strictly enforced.

I had the opportunity to visit this exclusive club through a friend of mine who is friends with Abigail Disney, Walt Disney’s grandniece. A charming, funny, and friendly person, I was immediately impressed by Abigail’s kind, warm, and open personality. She has a smile that will light up a room and her easy-going personality makes anyone feel instantly at ease. Abigail was the granddaughter of Roy Disney, Walt’s brother. Together, her grandfather and Walt built Disneyland in Anaheim, CA. And, after Walt’s death, Roy continued to create his brother’s vision and completed Disneyworld in Orlando, FL in 1971. 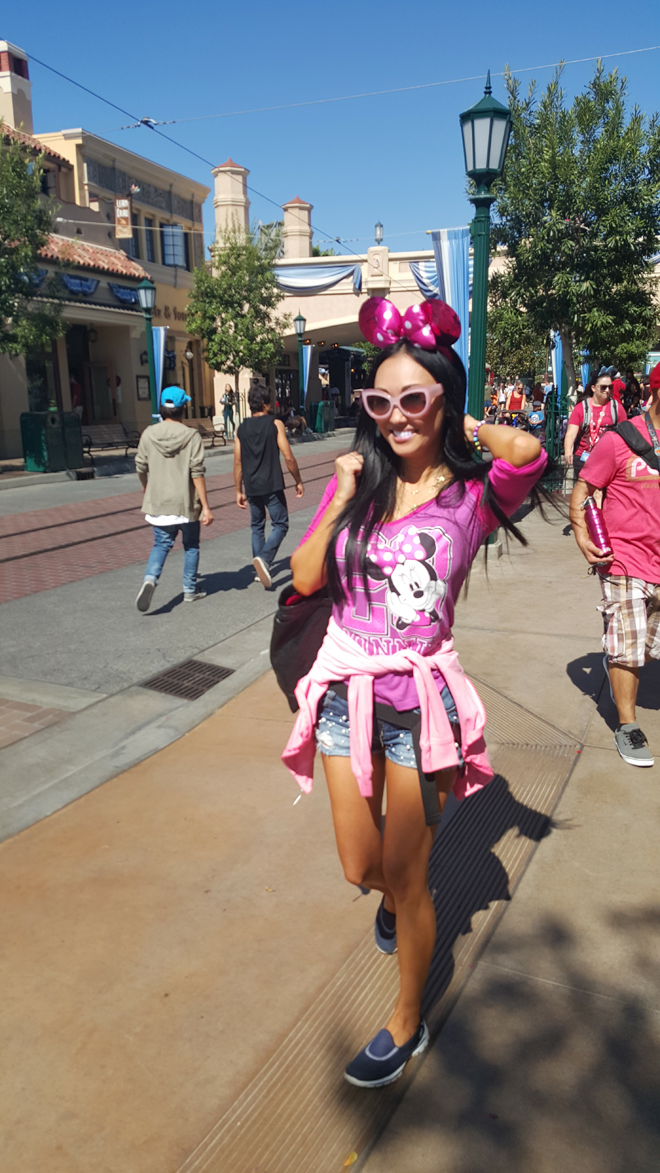 We were allowed access to Disneyland and California Adventure for the day. So, after spending many hours riding The Radiator Springs Racers, the Disneyland Train, and Star Tours, we were told to meet at the door of Club 33 promptly at 6:45pm. Mindful of the strict dress code, we changed into our Sunday best, long dresses and heels. We pressed a buzzer on the intercom and were asked to give our names. The door magically opened and inside was a world quite unlike the rest of Disneyland. Disneyland was loud with the hustle and bustle of several thousand people in the park. Inside Club 33, it was quiet, calm, and serene.

We were immediately greeted with ice water and cooling towels. Club 33 was recently remodeled last year and the new entrance brings you into a courtyard that is reminiscent of New Orleans. We relaxed and had cocktails before ascending a large, winding staircase to the main foyer. We also had the option of going to the main dining level via an antique glass elevator.

This elevator is a replica of one Walt Disney had seen while on vacation in Paris. The owner refused to sell the elevator, so Walt had one designed for Club 33. Disney engineers went to the hotel, took precise measurements of the elevator, and created the replica. It is so concise, that even a sample of the finish was taken to match the original exactly.

We were then directed to the main dining room that seats 65 people total. Waiters were dressed in formal attire including white gloves. You were served properly from the left. We were told to expect dinner to take a leisurely two hours. We dined for three. It was truly an experience in luxury.

Executive Chef Andrew Sutton prepared a dinner especially for our group, The Canal Street Dinner. This included 5 courses. The first course included saut‚àö¬©ed asparagus with ricotta cheese dumplings, Marcona almonds, and asparagus nage. The second course was a delightful salad of frisee, coastal strawberries, avocado, candied pistachio and buttermilk dressing, the third course was a black-eyed pea cassoulet. The main course was filet mignon, scalloped potatoes, and collard green pesto – or a spring risotto for vegetarians. And the dessert was a decadent organic chocolate Marquise and passion fruit sorbet with pecan brittle.

During dinner, Abigail told us stories of her childhood growing up as a member of the Disney clan. This included visiting Walt’s apartment that is located above the firehouse on Main Street. It is here that her grandfather would have a giant stack of E-Ticket coupons and would hand them out to all of the grandchildren to play in the park. 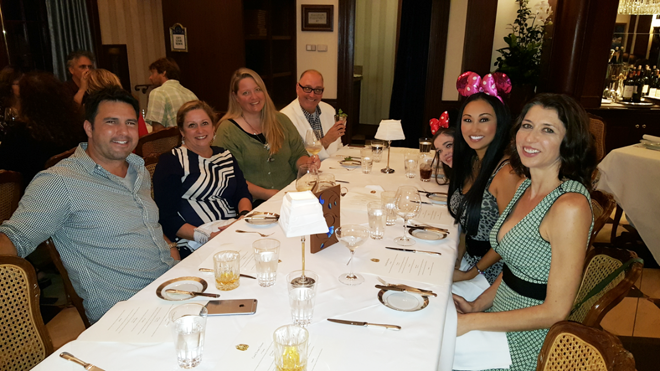 As she is a film director, she also told us about her new film, .≤Armor of Light’, which follows an Evangelical minister, Rob Schenck, and the mother of a teenage shooting victim and asks the question, is it possible to be both pro-life and pro-gun at the same time? After much scintillating conversation, we went out on the balcony and had a perfect view of the evening’s fireworks overlooking Tom Sawyer Island. And after dinner, Abigail made an announcement that she had something very special in store for us. We were all going to walk to Main Street for a tour of Walt’s private apartment! The apartment is usually open only to members of the Disney family, so this was a special treat indeed!

A Disney host guided us to the firehouse and we went behind the scenes to gain entrance into the apartment. The unit itself is only approximately 550 square feet. And it is decorated with red carpet, drapes, and furniture. We were told this was designed by Lillian Disney and is decorated in early 1900’s Kansas motif. There are two small couches that are pull out beds, a small kitchenette and bathroom. I was surprised to see Walt’s own cups and saucers in the cabinet. And Lillian’s footstools that were meticulously hand needle pointed by a longtime family maid. There were many photos of the Disney family and Abigail told us who each family member was, along with funny stories to accompany each one.

It was a charming look back to a time when Walt was building Disneyland in the 1950’s. He stayed here because in the 1950’s most of Anaheim was orange groves and there were no hotels nearby. So, Walt had his apartment built in order to stay on site during the construction of Disneyland. This tiny time capsule brought back so many memories for Abigail and we enjoyed hearing each and every one.

What a wonderful evening we had at one of the most exclusive dining clubs in America. It was truly a magical event that I will remember for the rest of my life. And with limited membership, if you have an opportunity to visit Club 33, it will be an insider’s look behind mysterious locked doors that you will never forget. 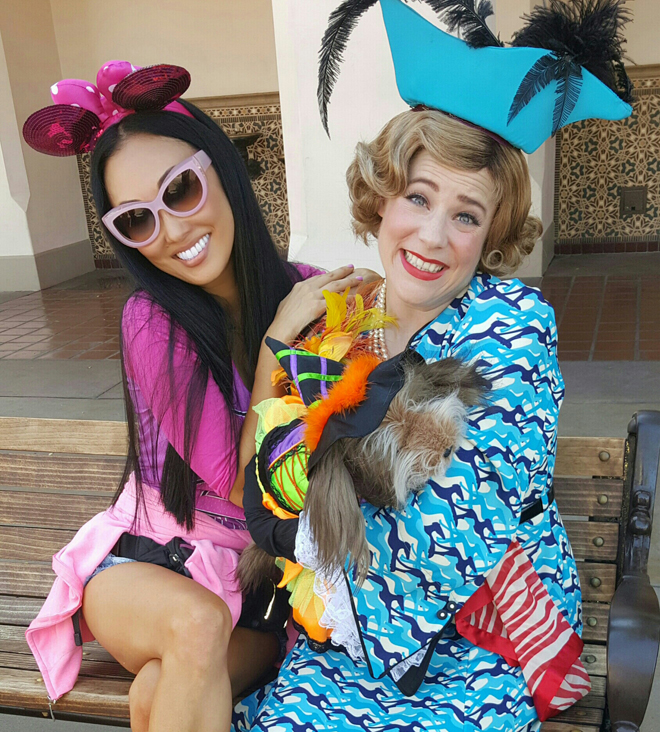 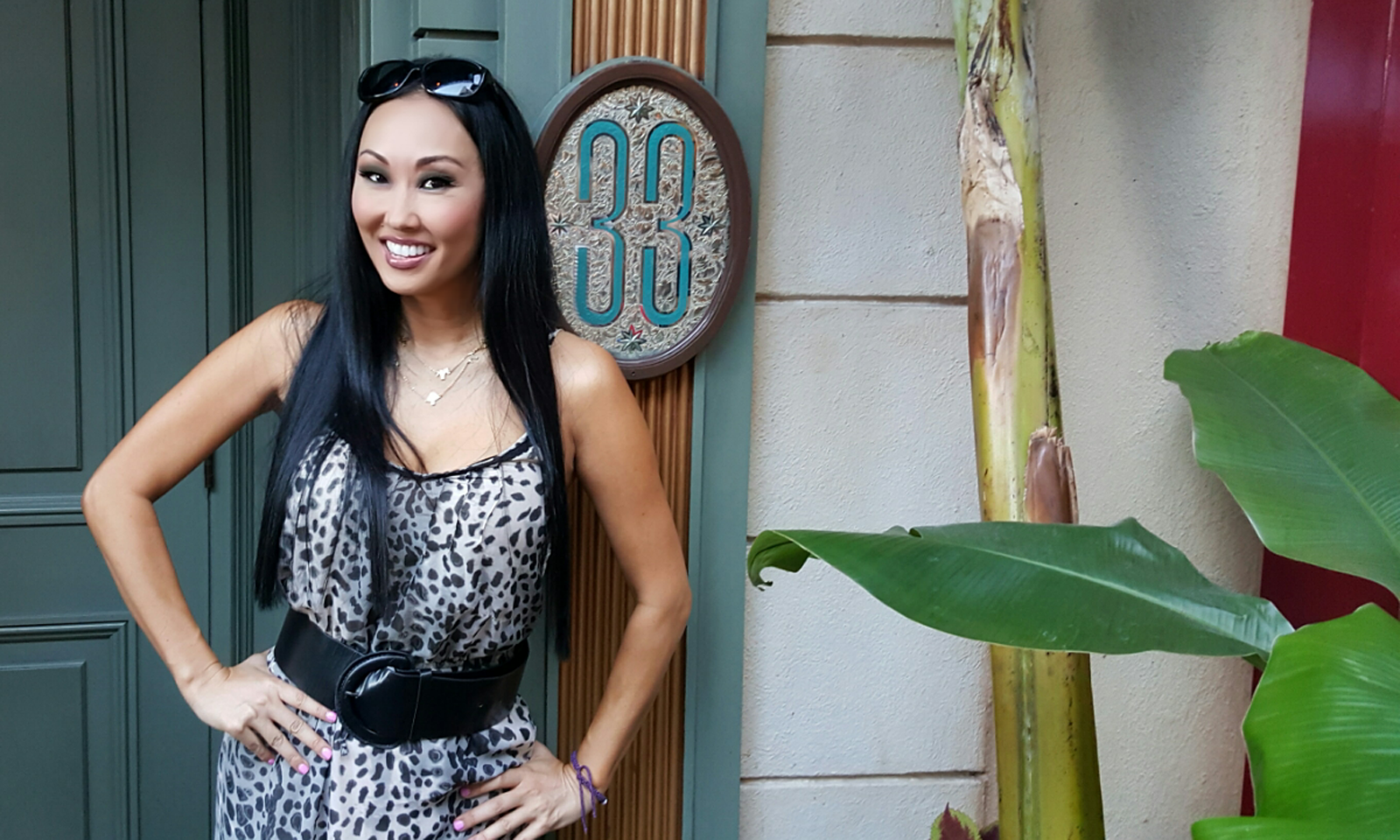