Fun, Food and Beer at the Vegan Oktoberfest 2015

Start Your Day Off With Epic Beats, Dancing and Awesome DJs 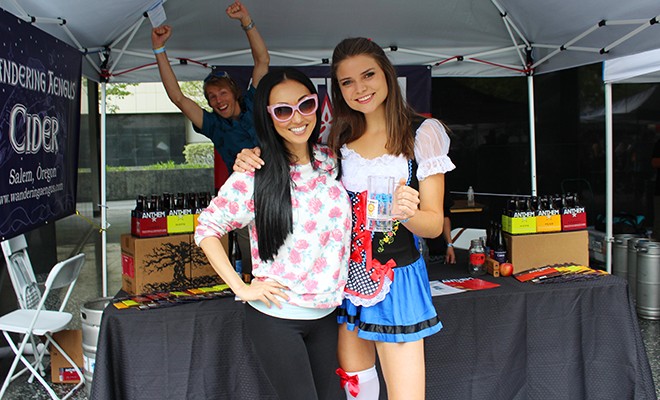 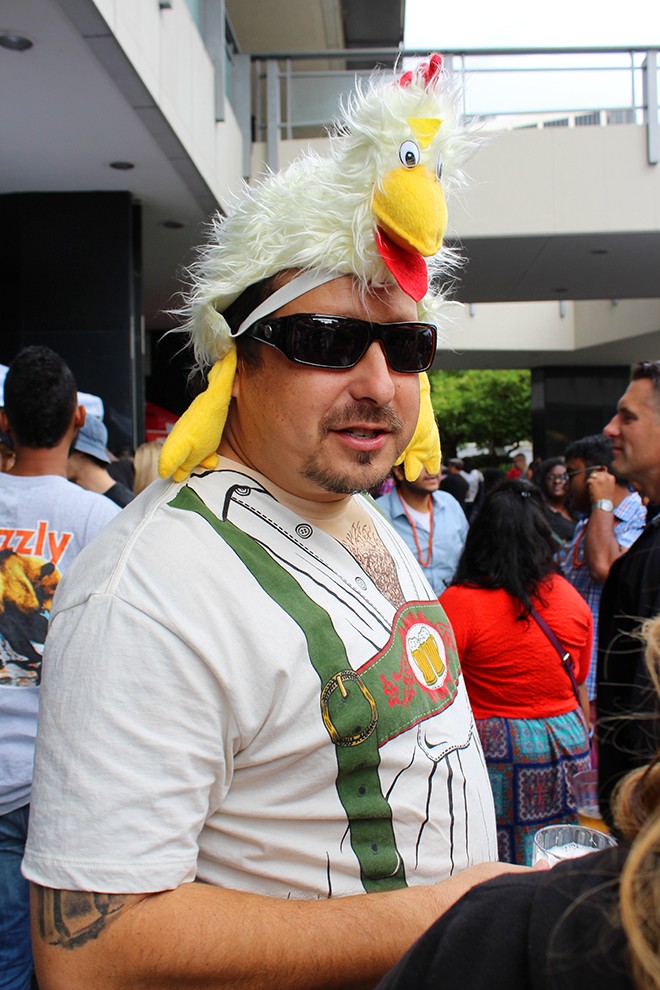 With over 30 food vendors, 50 different beers, live Oompah music, stein holding contests and chicken dancing, the Vegan Oktoberfest was a great success. Food vendors included Southern Fried Vegan, Urban Pie, Dogtown Dogs, Nary Dairy and many more. We had to stop at the Donut Friend booth where we chose a Berliner, a jelly filled donut and the official Oktoberfest donut that was a chocolate cake donut topped with coconut. Both were moist, light and delicious! Next, we went to the Follow Your Heart booth where we tossed a bean bag to win coupons for Follow Your Heart mozzarella and cheddar cheese! 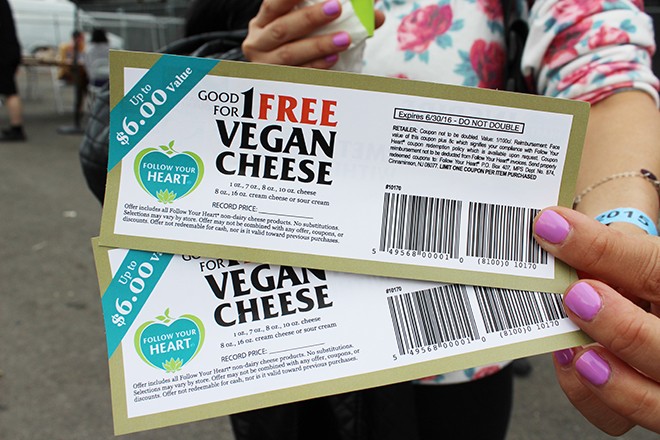 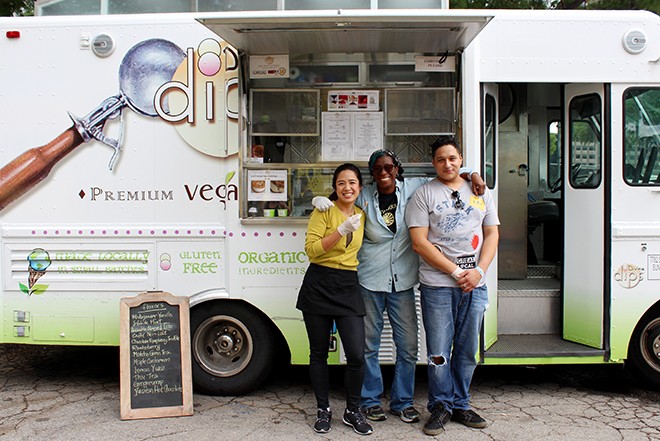 And what Oktoberfest is complete without schinizel sandwiches that we had with complimentary beer! 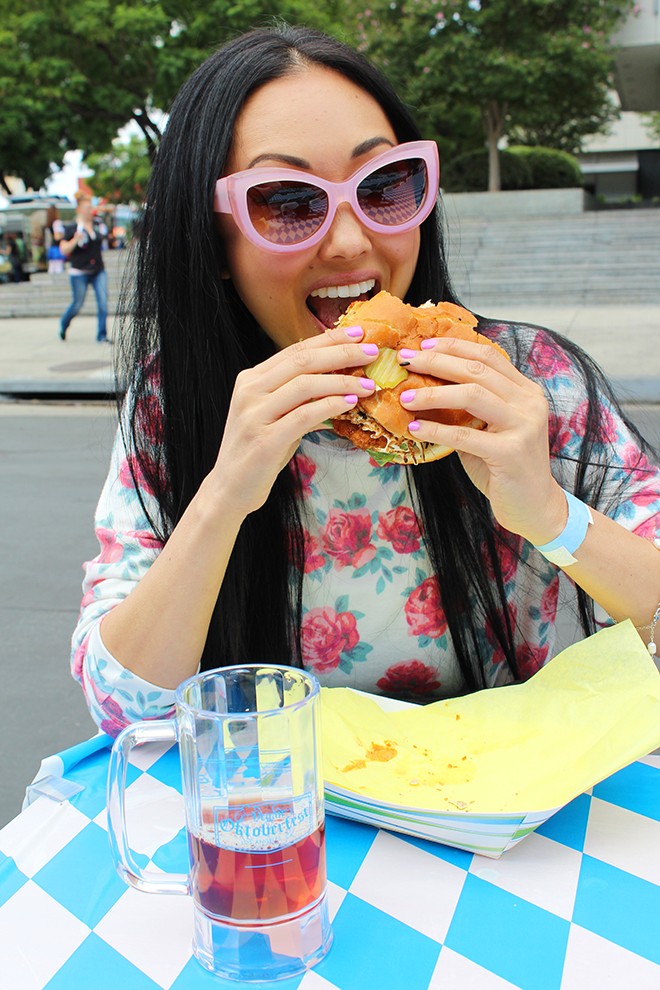 Happy Cow was there and was all too pleased to pose with us.
And we enjoyed listening to live music and learning about the vegan lifestyle from Taryn at the Vegetaryn booth. 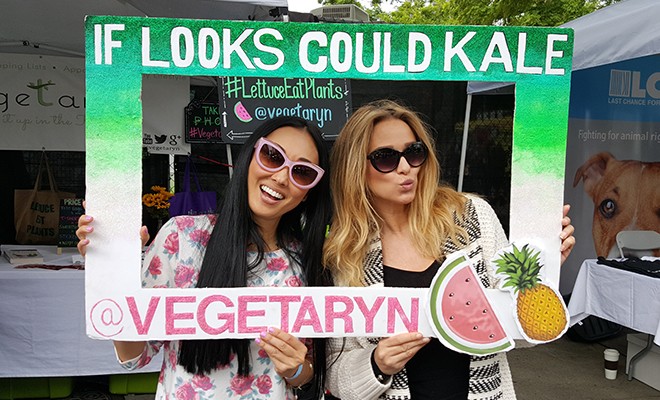 A percentage of this year’s proceeds went to Expand Animal Rights Now, an organization that uses the legal system to help animals. And LA Center Studios provided the perfect backdrop to this year’s event.

Judging from the crowd, everyone had a great time dancing, eating healthy food and supporting a good cause! 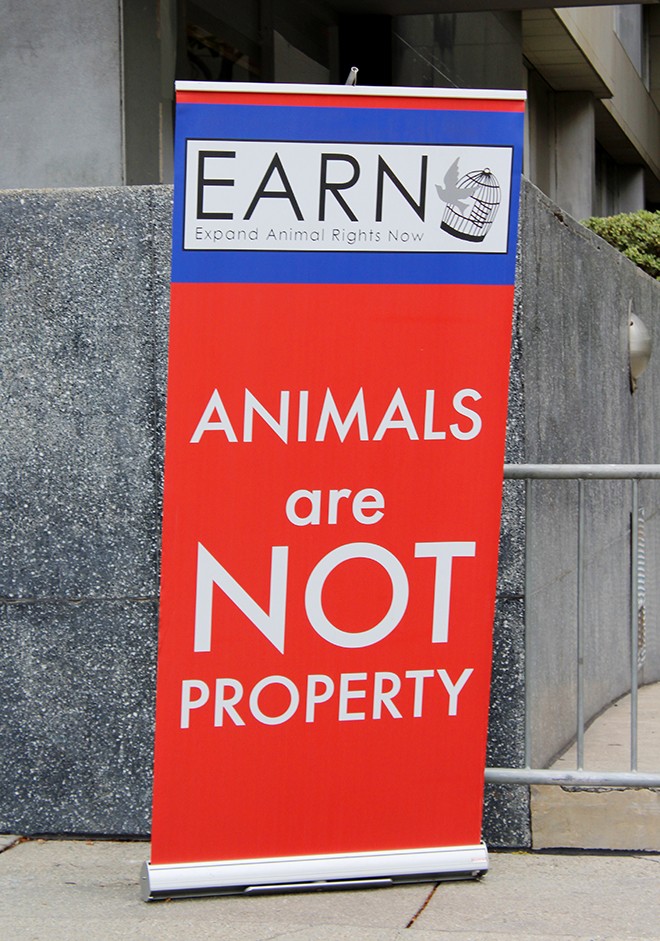