Yss Guerrero
21 Spring Dresses for a Glamorous Easter
On the Runway with Stella McCartney at Paris Fashion Week!

Add Style to Your Look with These Trendy Jeans

In recent years, the look of the Danish has led them to become the new reference of style, and that’s why Scandinavians are replacing the French as the fashion world’s new “It Girls.”
With the rise of these fashionable influencers, the casual looks they pull off with their brands have become very romantic and trendy, as well.

Among the main influencers, Ganni has become the favorite brand of many, and the love is not only restricted to those with some Danish background. The brand’s feminine and relaxed designs captivate the rest of the world, and its domination in the fashion industry is unstoppable.

@dakotafanning in the @netaporter exclusive t-shirt launched in celebration of #InternationalWomensDay 💕The t-shirt will raise money for @WomenForWomen, which helps female survivors of war rebuild their lives. #IncredibleWomen – shop link in bio

Why the World Loves Ganni

Another great aspect of Ganni is that the brand is very accessible! There’s something quite reassuring about seeing the world’s biggest stars who could dress in custom-made designer items from head to toe, wearing a label that’s quite accessible to any mere mortal. Among Ganni¬¨¬•s celebrity fans, you have Rihanna, Dakota Fanning, and Kendall Jenner, as well as major fashion influencers such as Shereen Mohammad, Beth Nicole Newman, and Lucy Williams.

The Danish brand started in 2009, and it has built a cult following thanks to its feminine, contemporary, and all-round Instagram-friendly pieces. Most of its designs are under $ 400, so it’s not surprising that Ganni has been seen all over fashion week, as well.

For 2018, the brand from Copenhagen expanded to different types of pieces, including denim. The most recent collection consists of 10 garments that will be sold exclusively in Net-A-Porter, distributed among oversized pants and jackets.

The color palette consists of pastel shades, whites, and the classic blue denim, which is very appropriate given the brand’s acceptance among millennial and Gen Z followers.

Time for some snacks! #debijenkorf

The beautiful campaign was photographed in Copenhagen by “It Girl” and industrial designer Ana Kra‚âà¬∞ who was inspired by the brand’s Global Citizens concept for its Spring 2018 collection.

During Fashion Week, the runway included larger-than-life photographs of the city taken by Kra‚âà¬∞, and the front row was filled with prestigious fashion bloggers, including Susie Lau, Pernille Teisbaek, Laura Jackson, and Veronika Heilbrunner.

Ganni showcased its love for color and eccentricity. The looks combined cowboy boots, a handful of ruffles, and some very trendy denim-on-denim outfits. The beauty look came in the form of a glitter eye shadow.
For the #GanniGirls, the brand has also included party dresses covered in polka dots and zebra-print polos.

Spring 2018 Hair Colors That Will Soon Be Trending 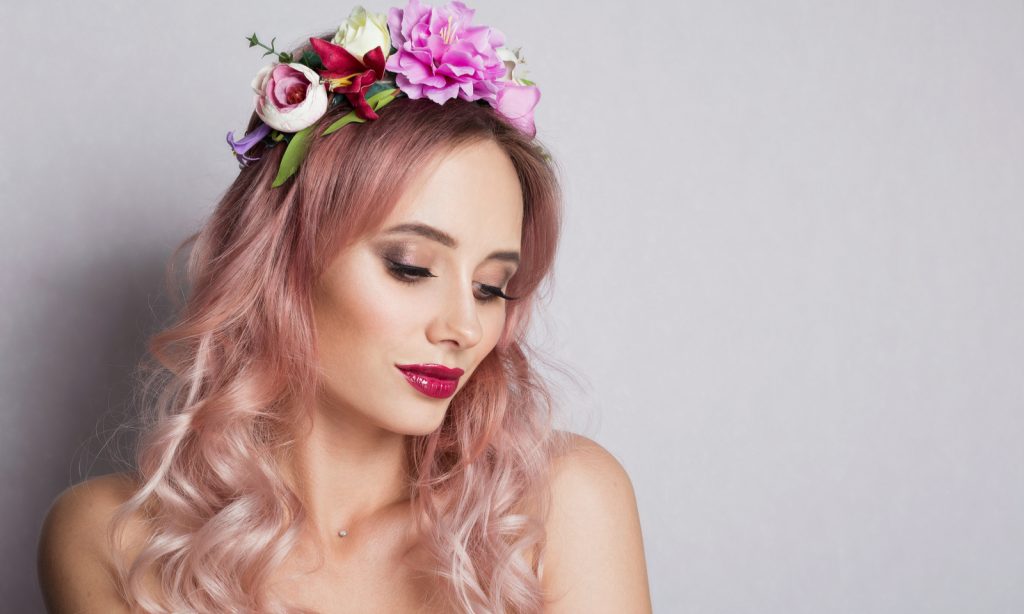