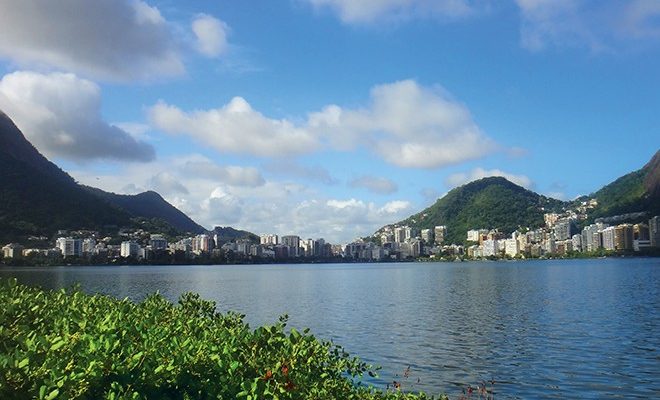 Rio de Janeiro is a bustling city full of spirit and passion, where the beach is the center of life and samba is its soul. The multi-culturalism and diversity of the people created a welcoming and warm-hearted atmosphere. It was the perfect complement to the picturesque landscapes and breathtaking beaches. It all provided the ideal backdrop for an intensely romantic getaway with my boyfriend.

Our days started out with smoothies made of acai berry- an Amazonian fruit full of antioxidants and anti-aging properties. We also enjoyed the array of fresh fruits, readily available such as papayas, mangos, guavas, and of course coconuts, which were sold at stands at every corner. Staying hydrated with coconut juice was a must in the sweltering humidity.

On a typical day we would sunbathe in rented beach chairs next to the ocean, while enjoying a variety of Brazilian food and drinks being served to us. The most refreshing of these was a cocktail called a caipirinha, made with sugar, lime and cachaoa, a Brazilian sugarcane hard liquor. Local vendors would bring by delicious Brazilian snacks such as coxinhas (cheese rolls), and empanadas (warm stuffed pastries). 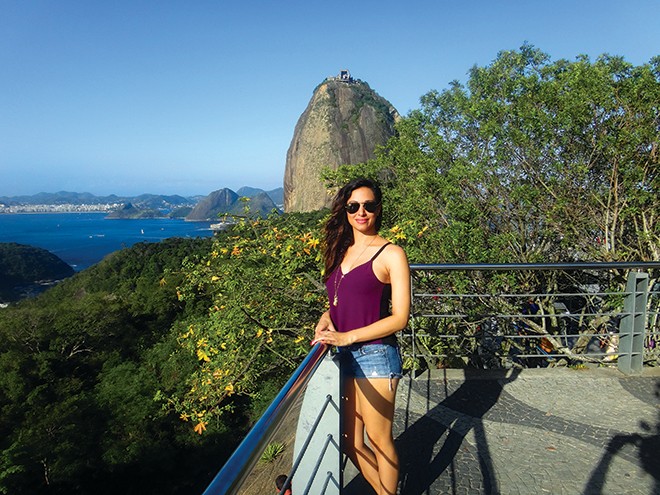 It was during those sun-soaked afternoons at Ipanema or Copacobana Beach where I really got a feel for the Brazilians people. There were lively groups of people all over the beach kicking soccer balls around, enjoying their favorite national pastime. There was a palpable excitement in the air for the upcoming World Cup which is being hosted by Brazil and preparations were everywhere. The women I saw on the beach were some of the most confident I had ever seen. Women of all shapes, sizes, and colors flaunted their curves in tiny bikinis and carried themselves with so much pride. Their best accessories were their smiles, their natural tan skin and their sun and salt water drenched hair. This look was achieved from living the beach lifestyle as opposed to spending hours in the salon to get the same “effortless” look with sunkissed highlights and messy waves, a favorite look of Victoria’s Secret.

It was apparent that Brazilians embrace an active lifestyle so its no wonder they confidently showed off their bodies on the beach. People walked and biked everywhere during the day, and all over the city I noticed were public outdoor gyms. These closely resembled a child’s jungle gym but were clearly equipped with steel exercise machines for adults, including step-by-step picture guides on what excercises to do. Another favorite activity is capoeira, the extremely popular Brazilian form of martial arts which is combined with dance and acrobatics. And of course, many calories are burned dancing the samba in the famous nightclubs until the sun rises.

What made the scenery so dramatic were the majestic mountains overlooking the beaches. There was no escaping this view no matter where you went. This made for some of the most beautiful sunsets I had ever seen. The way the city lit up at night against this backdrop was a sight to behold. At the peak of Corcovado mountain is the iconic giant statue of Christ the Redeemer overlooking Rio. We got an incredible view of the statue from the nearby peaks of Sugarloaf Mountain. This was indeed a popular tourist attraction with trolleys that took us right to the top where we could take it all in. From there I could see the vast beauty of the Rio de Janeiro Harbor which is the largest natural deep water bay in the world and listed as one of the seven natural wonders of the world by sevennaturalwonders.org. For an even better view, there were helicopter rides available from the top of Sugarloaf. 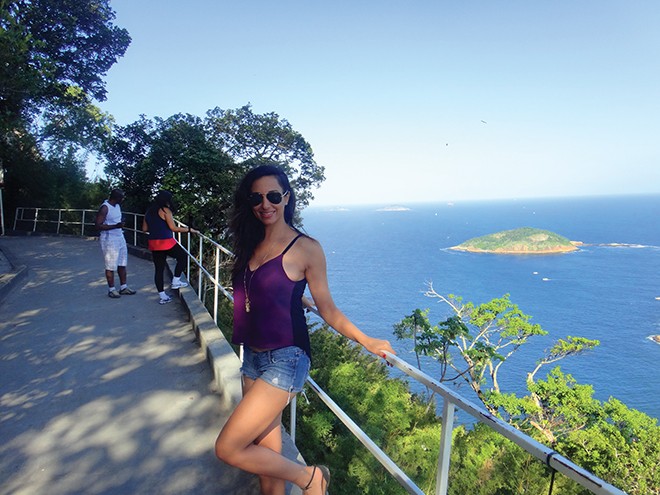 Another beautiful attraction was the Rio de Janeiro Botanical Garden
or Jardim Botanico. It was founded in 1808 by King John VI of Portugal and is an important research center for botanical studies. This jungle inside the city was the perfect setting for an afternoon stroll. I felt like I was in the gardens of an ancient, royal palace.

At night, the streets of Rio came alive with myriad nightclubs, bars, and restaurants with plenty of outdoor seating. The energy was absolutely infectious and even a casual after dinner walk in the city streets was exciting and entertaining. We would often make our way to the beach after dark where the cool, tropical ocean breeze felt magical.

Although Brazilians rarely spoke English, it was easy for them to communicate their kind, joyful, and hospitable nature. The positivity they radiated always lifted my spirits. Their integration of so many distinct cultures (Brazilian people originate from indigenous, European, African and Asian roots) explains their openness and richness of spirit. Their peaceful coexistence is reflected in their care free attitudes toward life .¨ a life full of enjoying beauty, whether it’s in the scenery, art, or simply a day at the beach. 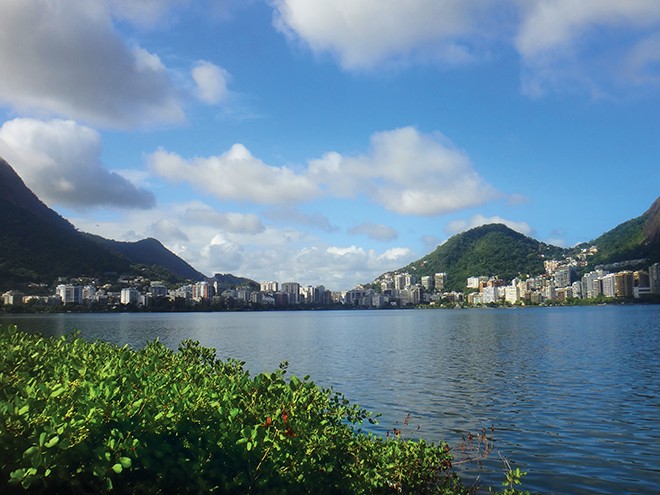