Candace Kita
Is Blue Majik Good for You?

Moringa: The Superfruit Women Should Know About

The highly anticipated McVegan burger is now available at McDonald’s!

Hold onto your hats because the McVegan burger is finally available at McDonald’s! This cruelty-free burger is now a regular item on the menu at McDonald’s in Finland and Sweden! But don’t worry if you don’t live there because it could soon appear on the menus in the United States, the United Kingdom, and Australia. 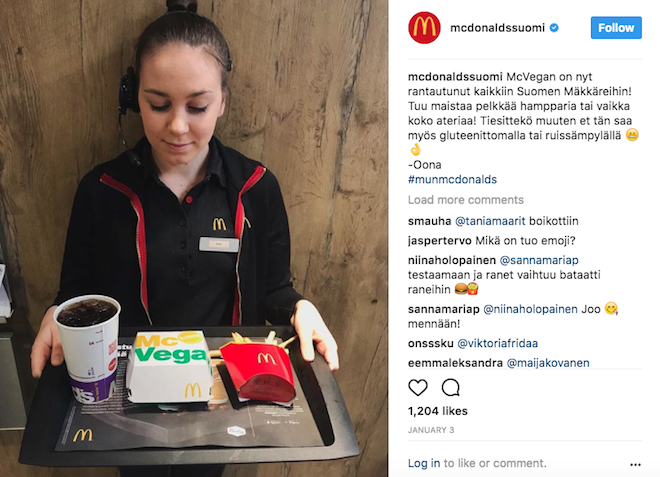 The McVegan burger is made of soy protein rather than animal protein. McDonald’s decided to run a trial earlier last year at select branches to see how it would fare. The McVegan burger was highly regarded during its test run, so now it is a regular item on the menu in 60 branches in Finland and 210 outlets in Sweden.

In Scandinavia, fans went wild on social media with many loving the flavor of the burger and also the gluten-free bun and vegan mayonnaise too! One fan said that it was a “nice burger”. Another fan of the McVegan burger said, “Honestly, it’s been years since I last ate a burger at McDonald’s so I’ve forgotten how the normal one’s taste like but considering the price, the quality of this vegan version is actually decent!” 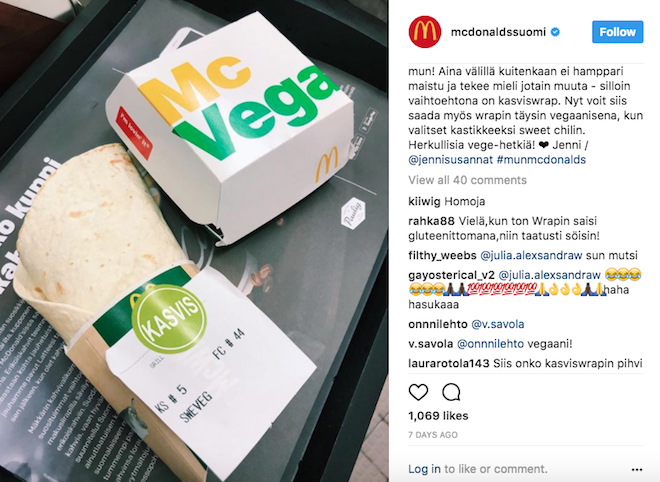 For those of us not in Scandinavia, the McVegan burger is said to be similar to the Big Mac except it’s cruelty-free. It has lettuce, tomatoes, onions, ketchup, and mustard too, just like the Big Mac.

This is what McDonald’s is banking on. The new McVegan burger may draw in customers who normally would not venture near a McDonald’s because they don’t eat meat. Now, there is a cruelty-free burger on the menu and this is inviting for vegans and vegetarians alike.

Head of food strategy at Mc Donald’s in Sweden, Staffan Ekstam said the McVegan burger was, “fun and exciting”.

What do YOU think? Will you be going to Mc Donald’s for the new McVegan burger?

The McVegan Burger is a Success!